The Anunnaki – Creator Gods of the Bible 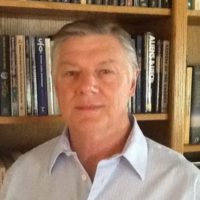 The Anunnaki – Creator Gods of the Bible

Have you ever wondered why the creation story in the Bible says, “then God said, let us make humankind in our image, according to our likeness”. An odd plural statement: “let us”? Certainly a conflicting statement in a religious text describing the nature and worship of a single god. And what is image and likeness? Largely based on the research and writings of Zecharia Stichen, along with others, this presentation takes us on a journey back in the history of this planet to a time before the creation of humankind. Using clay tablets, statuary and artwork from ancient Sumer, we learn the story as told by their gods, the Anunnaki. We find Sumerians, in what is now Iraq, 4000 years before the birth of Jesus. Considered to be the cradle of civilization, their texts reveal modern commerce, highly technical and scientific understanding, and a society based on serving gods who physically lived with them and directed their daily affairs. We will discuss biblical Watchers, and the Fallen Angels, also called the Nephilim, who found human females attractive and took them as wives thus creating giants who later were killed in a flood by God. Finally, we learn of the rivalry between two Anunnaki princes and their families: Enlil the supreme leader of the earth project and his brother Enki, a gifted scientist and geneticist who after many attempts created the first modern human to serve the Anunnaki.

Martyn Richey is a lifelong spiritual seeker with primary interests in the nature of consciousness, reality, non-human intelligence and alternative human history. He has been studying the Anunnaki for over twenty years. He is married to Rev. Lynda Richey and father of two adult sons. Marty is a Purdue graduate and a retired Honeywell sales engineer. He is an Indiana Association of Spiritualists member and 22-year resident of Historic Camp Chesterfield where he has served as volunteer in many positions including past Board Trustee.

NOTE: Online registration ends at 11 pm, Thursday night before each workshop. After which, you can download paper registration form and/or register at the door.